Ever since the first Avengers movie was released fans and movie lovers have always been about the upcoming Marvel Movies. The Marvel Cinematic Universe has taken the world by storm with its avenger project. Before that, it used spiderman as its only signature movie. Tobey Maguire graced the stage with his friendly neighborhood spiderman who will forever remain in our hearts. But then again it was a challenge for marvel to step up their game. On the other hand, their direct rival the DC cinematic universe has a big market share in the superhero genre.

Not only that many people still hail the DC comics over Marvel comics as they are reported to be more fun and exciting. Not only that, but they also add a strong storyline and origin stories to their characters. Marvel stood and watched how the animation and comic book market was getting saturated by DC’s contents. Again, kids in America, Europe, and Asia all we’re synonymous with the legendary creations from DC like Superman, Batman, Flash, etc.

In the theater, the DC cinematic universe also had an upper hand over Marvel. Many versions of Superman and Batman movies got released all over the ages while Marvel was a relatively quiet player in the game. In the early 2000’s marvel stepped up its game by launching spiderman. Before that, they had released several films but they were nowhere near the popularity that DC films were able to acquire. After the cinema theaters were graced by the Spiderman series, DC again entered the game. Not only that, they partnered up with Christopher Nolan to create a Batman trilogy.

This Trilogy is still considered the best and the most unparalleled superhero trilogy of all time. It elevated and upgraded the famous Joker character previously played by Jack Nicholson. Heath Ledger won a posthumous Oscar for his portrayal of the Joker. The world was still left speechless and now the spotlight was on Marcel to come up with their big projects.

Marvel’s advent in the cinema business

With Iron Man, they entered the game. And in 2012, with avengers, they broke the record and started a new era in the superhero movie genre that even left DC behind. Now Marvel is the forerunner of the cinematic universe. And everyone anticipates the next upcoming Marvel Movies.
Marvel cinematic universe can be divided into their phases until now. The third phase ended with Avenger Endgame. Fans got to realize that marvel will enter its fourth stage ever since Tony Stark snapped his fingers and said the most Famous lines till now: “I am Ironman”.

As DC with its justice league is falling behind, the Marcel Cinematic Universe is capitalizing on the opportunity and dominating the market. The Marvel Cinematic Universe has a lot of exciting projects planned for the future which makes the fans wonder how the Upcoming Marvel movies would line up. We will try to probe into the next several exciting movies of Marvel Studios that have been lined up for the fans.

The advent of Thor Love and Thunder will kick start official titles announced for Phase 4 as well as the unannounced comic book movies now in development. It is scheduled to release in theatres on July 8, 2022. The movie will feature the most popular character Thor one of the founding members of the Avengers. Chris Hemsworth will grace the big stage as Thor.

It will be a transitional movie and a character development plot for the character of Thor. We observed how Thor went through emotional trauma after the universe was snapped to half of its existence by Thanos. Thor took it to himself personally and lost track of his main objective and purpose. This movie will feature a new and improved Thor with much more composure and purpose.

The trailer has already teased Thor getting back in the best shape that he is known for. Again the transition that the production and the scriptwriters are bringing is considerable. It will also feature characters from Guardians of The Galaxy as Thor seems to have developed a good friendship with them since the avenger’s endgame movie. Thor series is one of the most successful solo movie series that Marcel has produced. Every movie of the series had its own story to tell.

Love and Thunder will set the stage for Thor to improve himself physically and develop a well-furnished personality. He would set forth to find a new purpose and upgrade himself in becoming the best version of himself.

He also has his vision for a new Asgard as the trailer hints that Valkyrie ( Tessa Thompson) and other characters will have a new beginning. Thor Ragnarok was a revelation for Chris Hemsworth as his character along with the Hulk rocked the theaters. The audience reaction and the love for the character the fans gave producers and the actor himself motivation to venture into a fourth film.
This picture is also inspired by the perfect combination of fine-tuning with the comic book and strong visuals. Taika Waititi, the director of the critically acclaimed Thor: Ragnarok. He was the quintessential reason to film the next installment in the franchise. One of the epics revealed in the movie was the glimpse of Natalie Portman’s Jane Foster.

But the most anticipated character of this movie is probably Gorr the God Butcher. Christian bale who is considered one of the greater actors of this generation will play the part in this movie as the Epic villain. It’s no surprise that Christian Bale has portrayed some amazing characters in movies which also ensured him an Oscar. His dedication and physical transformations for each role never fail to amaze movie lovers. Gorr is anticipated to be the perfectly terrifying antagonist in this movie who is considered a God Slayer.

He is portrayed to be more powerful than Thanos. Not only that the comic book’s accurate depiction of his character adds more intensity. All together this movie will surely provide an answer to the quality content factor in the upcoming Marvel movies.

The audience was always curious about how the upcoming Marvel movies would take shape, and Thor will surely set the stage for huge plot development in phase four. Marvel Studios went with this fourth movie without hesitation for Taika Waititi.

No movie in the Marvel Cinematic Universe has been able to mark a cultural impact as much as Black Panther did. The African American community and people of color all over the world were amazed and excited by the portrayal of a superhero who is of African American descent. MHDb Link for more info: Black Panther: Wakanda Forever

Black Panther was one of the highest-grossing films of all time that came out of the studio and the cultural impact it had ever since is unparalleled. Not even DC came close to creating a high amount of hype. Chadwick Boseman appears in the perfect rendition of the superhero. Wakanda is a province based in Africa that is rich in Vibranium metal which is considered one of the rarest and most sought-after metals. Wakanda is a highly developed city that is rich in Vibranium resources and at the same time, it is technologically diverse and upgraded.

Again, the city is very much advanced and holds the most elite force in the world. As a result, the residents decided to form a barrier to keep the city hidden from the entire world. Black Panther was first introduced in Captain America Civil war. That movie raised expectations for the Black Panther movie and Marvel did not disappoint. Again Chadwick Boseman’s character had a big role to play in Avengers Infinity War and EndGame.

Sadly Chadwick Boseman the talented actor died of Cancer. May God ease his soul. Suddenly the fans were worried about where the next rendition of Black Panther would fit in the upcoming Marvel movies. But marvel came to clear the doubts of all the fans as it announced the next film that Marvel is about to bring succeeding the franchise would be Wakanda Forever.

Guardians of the Galaxy: Volume 3

May 5, 2023, will mark the assembly of our favorite Guardians on the big stage for the Third time. We will again get to experience the amazing chemistry between our favorite Star-Lord, Gamora, Drax, Nebula, Groot, and the crowd favorite Rocket the raccoon. Fans were pessimistic about the release of the third volume after Director James Gunn went on to rant on Twitter about offensive subjects and had to be dropped from the project. Although the tweets were posted a decade ago, still all was not forgiven and this made the journey of this film a relatively unusual one. MHDb link For more info: Guardians of the Galaxy: Volume 3

It was been circulating among the fans that this version will mark the end of the amazing trilogy. Drax is rumored to be killed off in this movie and it will be a very crucial turn for phase four.

The upcoming rendition will feature our favorite squad, which comprises Chris Pratt’s Star-Lord, Zoe Saldana’s Gamora, Dave Bautista’s Drax, Bradley Cooper’s Rocket, Vin Diesel’s Groot, Karen Gillan’s Nebula, and Mantis’. (Pom Klementieff). It’s unclear how the story will end, but to say we’re ecstatic with the project’s recent advances.
These are the upcoming Marvel movies that are about to rock the world. 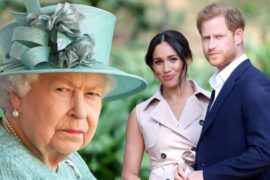